Kamden Hilliard is the middle child of Amalia and Larry Hilliard, sibling of Dalton and Paige, and intermittent homie. Kamden goes by Kam and uses they / them / their pronouns. They grew larger in New York, California, North Carolina, and Hawaii, but mostly Hawaii. Kam graduated from The Punahou School in Honolulu, Hawaii,\ where they were the recipient of A Gold Medal in Poetry from The Scholastic Art and Writing Prizes, a YoungArts Prize in Non Fiction, a Davidson Fellowship in Literature, and a President's Award from The Punahou School. Kam studied Poetry, Critical Race Theory, and Queer theory at Sarah Lawrence College, where they were a reader at the Sarah Lawrence Poetry Festival, named a Callaloo fellow in poetry, and a recipient of The Stanley and Evelyn Lipkin Prize for Innovation and Creativity in the Arts and Sciences, but they left to study at The University of Hawaii at Manoa. Kam holds a BA in American Studies and will begin an MFA Candidacy at The Iowa Writers' Workshop in the Fall of 2017.

They've been a poetry editor at the ADROIT JOURNAL, Co-Editor for DARK PHRASES MAGAZINE, Poetry Editor of THE SARAH LAWRENCE REVIEW, a Guest Editor at 5Q / THE JAMES FRANCO REVIEW. They currently read for GIGANTIC SEQUINS, serve as a poetry editor for JELLYFISH MAGAZINE, and are a member of the BIG LUCKS chapbook editorial squad. After many nights, they've published two chapbooks: a selection in the Ada Lovelace Innovative Chapbook series, DISTRESS TOLERANCE (Magic Helicopter Press, 2016) and PERCEIVED DISTANCE FROM IMPACT (Black Lawrence Press, 2017). Kam is working on a long ecopoem titled GROWING CONCERN, a longer essay about the neoliberal implications of historical transliteration, and their first full length poetry collection, EDUCATIONAL HISTORY?. Kam wanted to be a scientist, but isn't.

Find their poems and essays in Salt Hill, West Branch, Pinwheel, Entropy Magazine, and other locales. 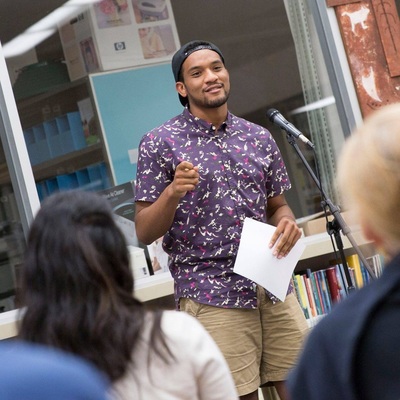 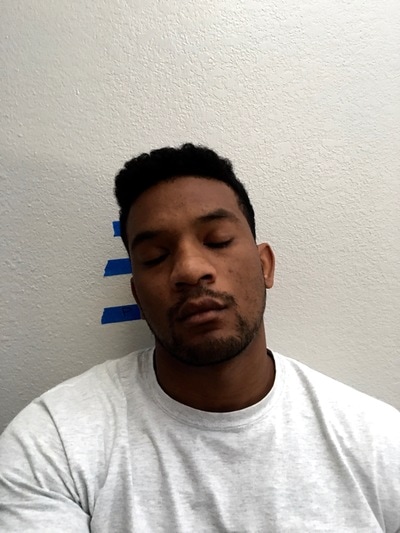